If you haven’t been to Chichen Itza yet, it’s worth giving some context before diving into it right away.

Of all the archaeological treasures in Mexico, Chichén Itzá is undoubtedly the most famous and well-preserved site.

However, it’s not just a few ruins crawling with tourists, this lost city in the jungle holds fascinating secrets that span centuries and entire civilizations.

It was a large pre-Columbian city, inhabited by many people. Despite popular belief, the city was not just built by the Maya people, another indigenous Mexican ensemble called the Toltecs also had a big influence on the city’s development.

The Toltecs came to Chichén Itza around the 10th century and were an integral part of the development of the central zone of the place. This means that when you visit this amazing wonder of the world, you will have the pleasure to see many architectural styles.

As you travel through Chichen Itza, the mystery and magic of this place will permeate every fiber of your being.

You will notice many carvings and snake-shaped stone figurines. This is no ordinary snake, this is Kulkulkhan, the Mayan serpent deity.

Although the presence of Kukulkhan is felt all year round, it comes alive twice a year in spring and fall on the equinox. It has been appearing for over 1,000 years, with no special effects.

Surprisingly, the ancient Maya who built and inhabited Chichen Itza had an extremely developed understanding of astronomy and science.

If you consider the types of technology that were available and available to these people at the time, it’s hard to believe that they built something so amazing themselves.

Perhaps the most notable building is El Castillo.

El Castillo is an intriguing structure, also known as the Kukulkan Pyramid of Quetzalcoatl, the 80-foot stone pyramid is a physical representation of the Mayan calendar.

This particular structure is the largest in the ancient city. It consists of a series of square terraces with stairs leading up to the temple on four sides. Each page has 91 steps which, when added and enabled with the platform at the top, gives a total of 365 steps (which is equal to the number of days in a year).

Its full glow is revealed during the spring and autumn equinoxes.

What is an equinox and why is it so special?

The equinox is the fleeting moment when the Earth’s equatorial plane passes through the center of the Sun’s disk.

This spectacular phenomenon only happens twice a year, once in spring and once in autumn.

During the equinoxes, the length of day and night are approximately the same throughout the world.

During the equinox, after the sun reflects off the northwest corner of the pyramid and casts a series of triangular shadows on the northwest railing, creating the illusion of a feathered serpent “crawling” up the pyramid.

This is an incredible and fleeting moment.

It makes you wonder if it’s the effect of deliberate design.

As the sun goes down, the snake slides down the stairs to join the stone serpent’s head that sits at the base of the great staircase.

So, when can you witness this spectacular phenomenon yourself?

This is a one-of-a-kind event, don’t miss it! 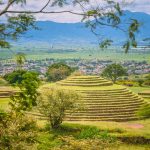 Archaeological sites in Mexico that you didn't know about 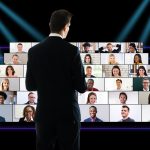 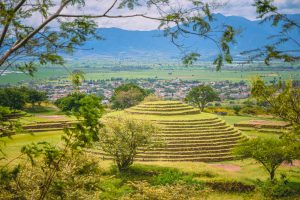 Archaeological sites in Mexico that you didn’t know about 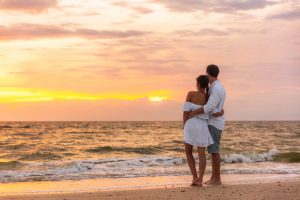 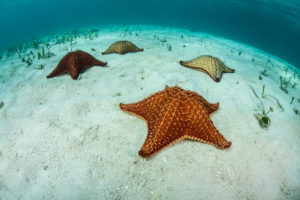 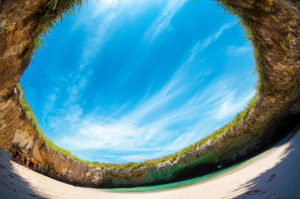 Is not a movie, they are Islas Marietas